My client Maxime came to me to have a scar done on his back that reads “ANXIOUS” and a year or two later I implanted a magnetic implant in his finger. So nice to see this scar five years later and to watch one of his party tricks.

Today we laid out our second session on this blackwork hexagon geometric sleeve. So much more to do but we’re off to a great start. 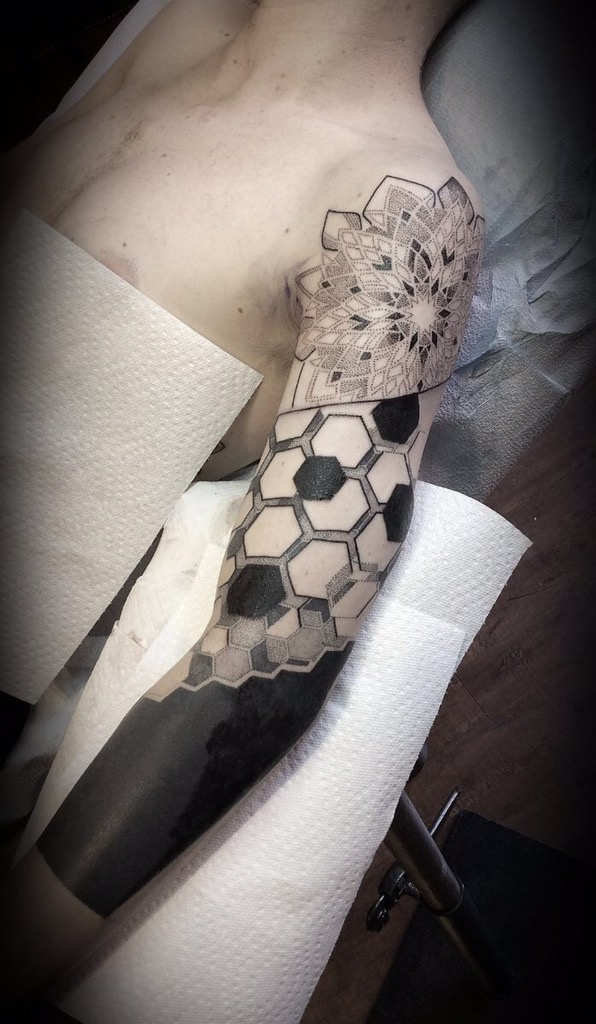 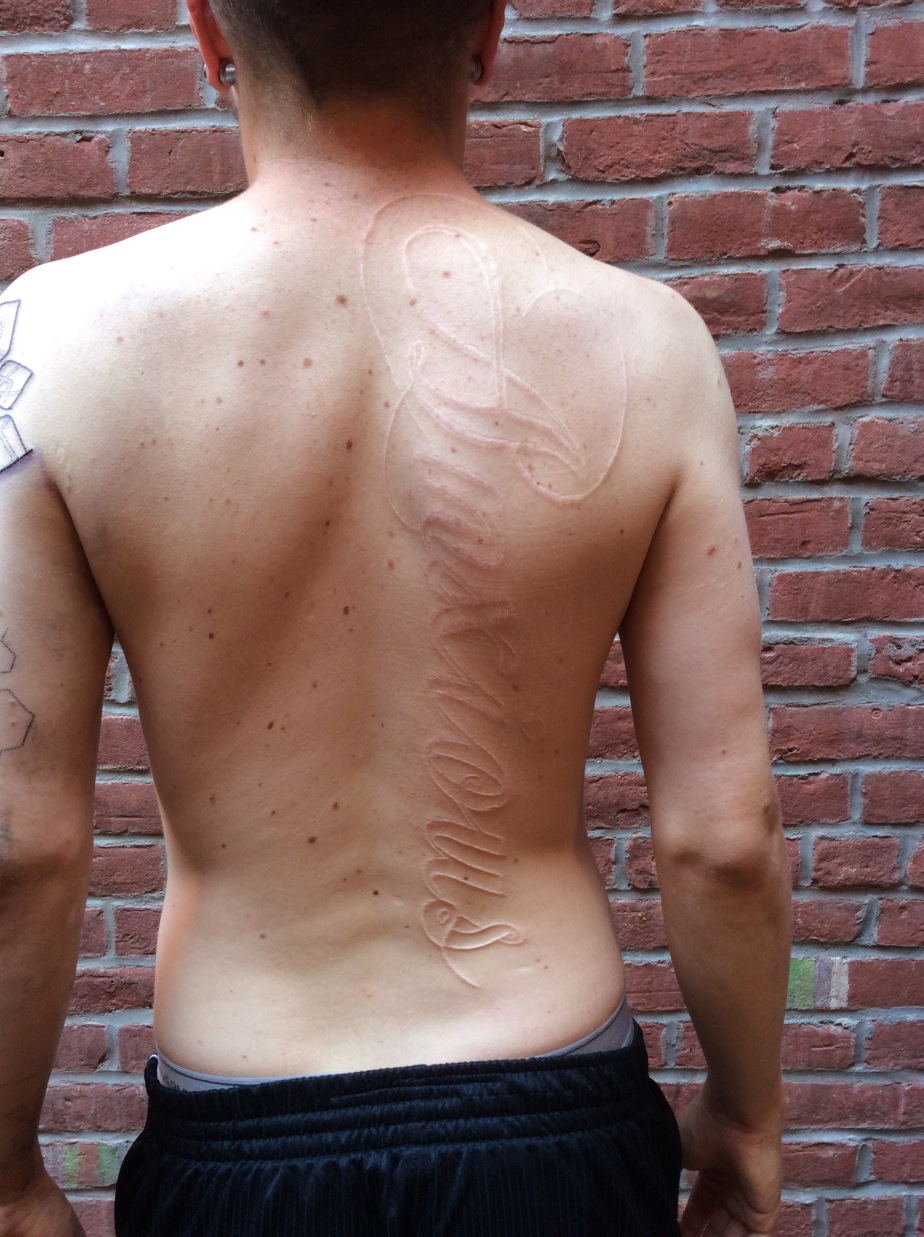 Heres a shot from my client with his healed magnetic implant showing off his new skills.
Implant by me.

A few shots of my Subdermal Implant procedure done by Lukas Zpira and his then helpful assistant LZA during their first world body modification tour back in 2000.

I had three 10mm solid Teflon beads implanted in my sternum and the best suture job I’ve ever seen by anyone. I healed easily and with no problems at all. It took roughly three months before I could see the beads protrude as they do now due to the inital swelling and settling.

It’s been almost ten years now that I’ve had them and sadly I will be removing them next week myself. I have been feeling an increase in a sunburn like sensation below where the beads rest and this discomfort is a sign that there is tissue damage below the implants so if that’s the case , well – they’ve been fun but time to go. I know that there has been consistent downward pressure on the beads since they were installed which has forced the beads to slowly migrate into the underlying tissue and this is why I am experiencing the sharp pain I’ve been feeling.

I knew all this would be a possibility before I agreed to have the procedure done in the first place, I’m actually surprised it took ten years to feel that it was time to take them out, I thought it would’ve been alot sooner to be honest.

I’ll post an update with some procedural shots of the removal shortly after I’m finished.